The Puutiokoski and Kärryskoski rapids on Puolanka’s River Keskijoki are the most popular places for white-water fishing in the Kiiminkijoki’s upper reaches. Located between Lake Puutionjärvi and Lake Kivarijärvi, these rapids are not covered by the Kiiminkijoki joint lure fishing licence. The headwaters of the Kiiminkijoki river systems have their origins in the hills of Puolanka, from where the waters flow as the River Heinijoki over the highest waterfall in Finland, Hepoköngäs.

The Puutiokoski rapid is located only four kilometres from Puolanka’s municipality centre, and information on the rapid is displayed on a board on the road to Vaala, before a bridge. Beside the bridge there is ample parking for anglers. Puutionkoski’s upper stretches flow peacefully, but the middle section is rougher. Boulders have been returned to the river, providing deep lies for fish even in the roughest sections. A bridge – part of an old dam once used for timber floating – crosses the head of the half-kilometre-long Puutiokoski, allowing ease of movement and fishing on both banks.  Houses are located below the bridge and near the dam. These sections can also be fished from the bank opposite. A usable ‘kota’ hut for anglers stands halfway down the rapid. Puutiokoski churns its way through forest, and at around ten metres wide, the angler only needs a light spinning or fly-fishing rod. When preparing to fish here the angler should be aware of the chance of hooking a large migrating trout that has run up the Kiiminkijoki from the sea.

The Kärryskoski rapid is located in the lower stretches of the Keskijoki, before it joins Lake Kivarinjärvi. Kärrykoski is also easy to find as it passes under the road to Utajärvi, around four kilometres from Puolanka’s municipality centre. Unlike Puutionkoski, Kärrykoski is located in amid rural landscape in Kivarinjärvi village. When moving along the banks, the angler should respect the privacy of the handful of nearby summer cottages and saunas. The ten-metre-wide rapid flows in a steep channel, and is deep and swift in places. The total length of half a kilometre provides excellent holding water for both large migrating fish and local grayling.

Large lake-dwelling trout and, especially, sea-run trout are the most sought-after catch on the Puutionkoski and Kärrykoski rapids. Water levels were high in the summer of 2012, prompting migrating fish to run as far as the rapids in Puolanka. Anglers caught sea-run trout weighing three to four kilos on the Keskijoki rapids. Sea-run salmon is also a potential catch in this area. The most common catch is grayling, which thrive in the river and grow to respectable sizes. Individual trout belonging to the local river-dwelling stock are also caught. Because the Kiiminkijoki is an unharnessed, freely flowing river with trout and salmon runs from the sea, the fishing area stocks the entire river system, including the Keskijoki, with trout, salmon and grayling juveniles. Anglers should avoid hooking juveniles unnecessarily and should release all fish below minimum statutory size into the water.

Bag limit 2 trout and 3 grayling/24 hours. Only one lure or fly on a line.

All year round. Close season for brown trout between 1 September and 31 November. 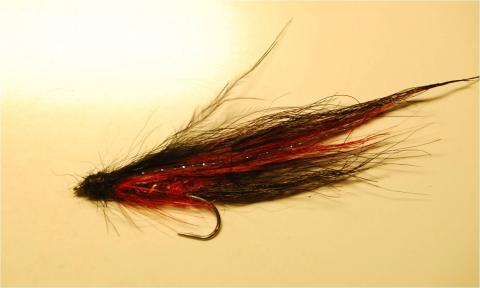 The best thing about Puutionkoski is its peaceful natural surroundings, despite being only four kilometres from Puolanka’s municipal centre. The water is relatively clear, only slightly tinted by humus. The…