The Syväjoki–Lietejoki waterway gathers its waters from numerous springs and brooks in the hills along its course. This forest river has stretches suitable for white-water fishing extending to 20 kilometres. The most spectacular natural attraction along its course, and a trip destination not to be missed, is Komulanköngäs, a two-pronged waterfall on the Syväjoki, over 10 metres in height. A testimony of the value of this small stream’s riverine nature is that once salmon were caught here, and freshwater pearl mussels harvested, and that there is still a self-reproducing trout population. The Syväjoki forms a fly- and eco-fishing area, while the Lietejoki, stocked with hatchery-raised fish, is reserved for lure anglers. Separate licences are required for these rivers.

The Syväjoki is one of the locations in Kainuu where efforts are taken to restore the natural fish population. Fishing is only permitted using barbless flies and in compliance with the eco-fishing rules. 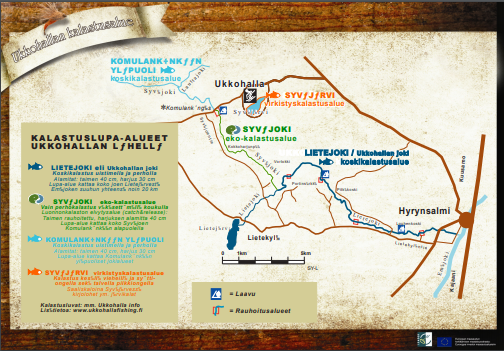 Clear signposts lead from the Ukkohalla Holiday Resort to Komulanköngäs, a waterfall on the Syväjoki. Otherwise, the river flows through forest, with a short hike required to reach the fishing spots along its course. The Syväjoki road runs parallel to the west of the river. A number of signposts along the road direct anglers to the river, although there are no actual trails. The Kokkoharju hiking trail runs east of the river, leading from the Komulanköngäs waterfall to the Vorlokki road. The Syväjoki eco-fishing area stretches from Komulanköngäs all the way to the River Lietejoki. The area runs for seven kilometres, while the rapid itself is less than ten metres across.  The pool after Komulanköngäs is a fish sanctuary, where all fishing is prohibited. Rapids and flowing pools alternate at regular intervals along the entire length of the river. Rapids are not the only fish lies on the river; large fish are often best caught in the pools. The flowing pools on the Syväjoki, and the sections with a strong, swift currents, make excellent dry-fly water. The river bottom is mostly sand or gravel, the angler often able to wade to position in order to lay a cast. Crossing can be made with ease at practically any point. Mercurial hill streams have fluctuating water levels, and fly fishing is at its best when the water level is not excessively high.

The Syväjoki provides excellent opportunities for hooking sizeable grayling with a fly. The most significant element in safeguarding the river’s sport fishing quality is the regulation of fishing so that anglers almost invariably release their catch.  Under the eco-fishing regulations, trout and grayling have a greater chance of growing and reproducing naturally. A number of spawning grounds have also been restored in the river’s rapids. Similar restoration efforts have been conducted in some of the river’s tributary brooks and drainage areas.  The fishing association has closed the tributary brooks to fishing, creating an area where fish have the opportunity to reproduce and fry to grow. Measures have been taken to intensify supervision on the river in order to protect both mature fish stock and fry. Recordable video surveillance has been installed for this purpose.

Fishing and the various forms of fishing management are being studied and developed with the aim of restoring this wild stock to its previous numbers. These efforts have a joint target of restoring migratory fish populations in Kainuu to levels where they are able to reproduce naturally. Before the construction of hydro-electric power plants, the Lietejoki–Syväjoki river system was an important reproduction area for the migratory trout in Lake Oulujärvi, as well as for salmon. The long-term target is to build a series of proper fishways in the River Emäjoki to enable the return of migratory fish. Development efforts on the Syväjoki already make use of telemetry devices, including identifiers carried in the abdominal cavity of a number of research fish released into the river. However, the presence of research fish and obstructions to fish migration do not hamper or restrict catch&release fishing.

Fly-fishing only using flies with a barbless hook. The taking of trout is prohibited. The statutory minimum size for grayling is 40cm. (only 1 grayling/24 hour) Statutory-size fish are also recommended for release.

Success With “Plan B” 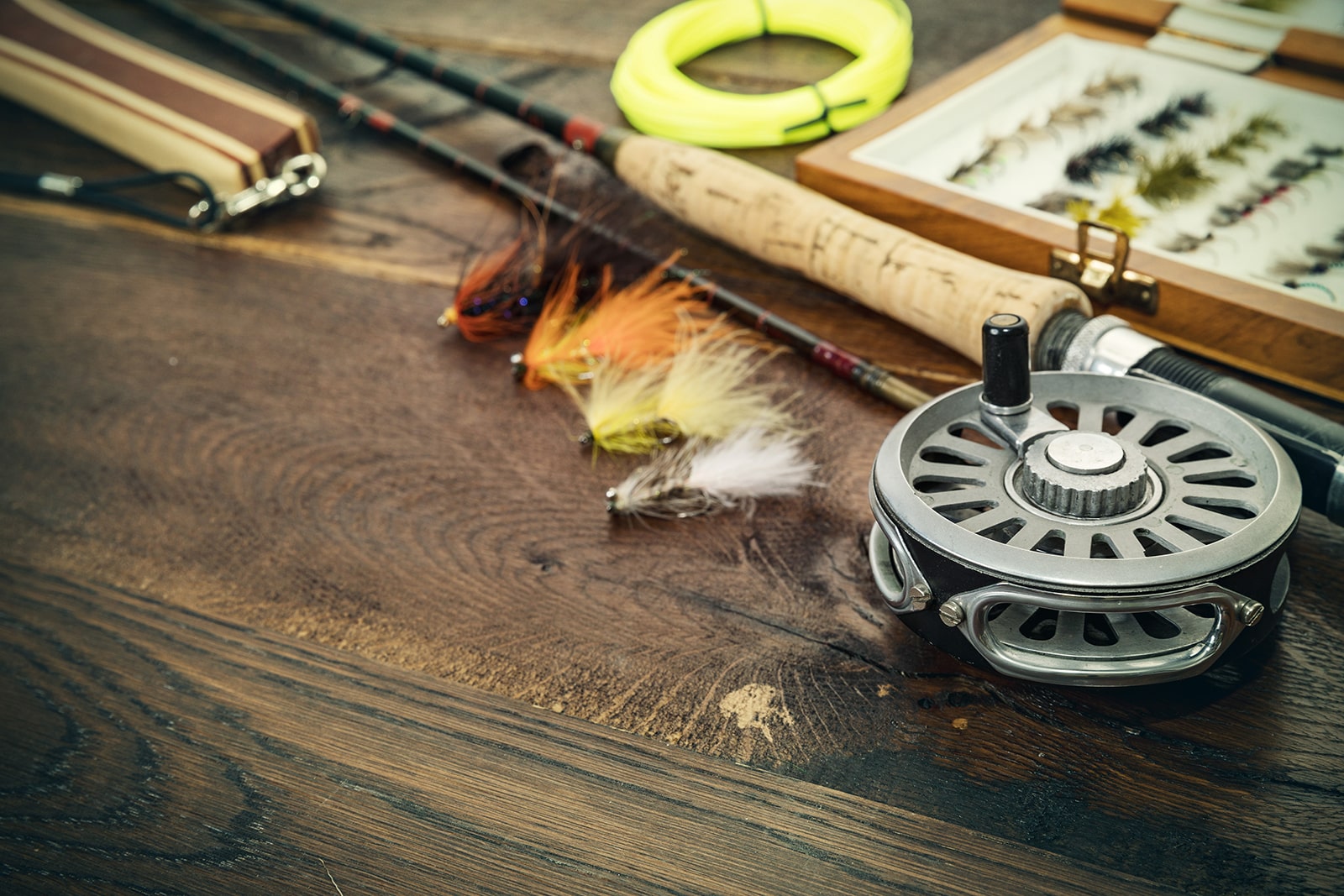 Frankly, fishing in the Kainuu was “Plan B”. My wife Julia and I had hoped to find salmon but were told that the first week of June was too early.…

The River Syväjoki Will Put the Angler to the Test

The River Syväjoki is a captivating fishing spot. The landscape is beautiful, the river clear, and the fish… well, sometimes they can be extremely wary. I have often found myself…